An abnormal cervical screening test result does NOT mean that you have cervical cancer.

What is the HPV virus and how did I get it?

The HPV virus is the human papilloma virus. It is transmitted sexually but we don’t talk about it as a sexually transmitted disease as almost everyone who has every had sex has been exposed to at least one strain of HPV.

The body often just clears the virus before it causes any problems. However sometimes it persists in the cells of the cervix and causes them to slowly change into cancerous cells. Almost all cases of cervical cancer are caused by the HPV virus.

The new cervical screening program (which replaced the Pap smear program as of 1st December 2017) first tests for the presence of the HPV virus. If it is not found, then the testing does not proceed further (for routine smears) and Australian guidelines recommend that the test does not have to be repeated for another five years. However if the HPV virus is detected, then the pathology lab looks at the actual cells of the cervix to see if any changes to these cells has occurred.

What happens if I have an abnormal cervical screening test?

It depends on a number of factors, but usually your GP will refer you to a gynaecologist for a colposcopy. A colposcopy is like a cervical screening test in that we pass a speculum into the vagina in order to visualise the cervix, but it is a little bit more involved. It involves placing a clear liquid on the cervix to highlight any abnormal cells (abnormal cells take up the clear liquid quickly and turn white), looking at the cervix through a microscope and taking a small biopsy of any cells that appear abnormal.

The results of the biopsy take 10-14 days to come back and the results dictate what we do next. If there are low grade changes, we usually don’t take any further action immediately, just repeat the testing in six months. If there are high grade changes, we usually remove the affected cells. This generally involves a LLETZ procedure. This is a minor, day only procedure in which we cut out the affected cells so they don’t get a chance to progress to cancer. In the unlikely event that there are any concerns regarding a cancer, you will be referred to a gynaecological oncologist who will take over your care. The gynaecological oncologists that I work with are lovely, meticulous people who will explain everything in detail to you.

How can I have HPV if I have had the vaccine?

The HPV vaccine protects against some, but not all, strains of HPV.

Can I still get cervical cancer if I’ve had the HPV vaccine?

You are less likely to get cervical cancer, but yes, you can still get cervical cancer as the HPV vaccine does not protect against all strains of HPV. Therefore it is important that you comply with the Australian program for cervical screening. 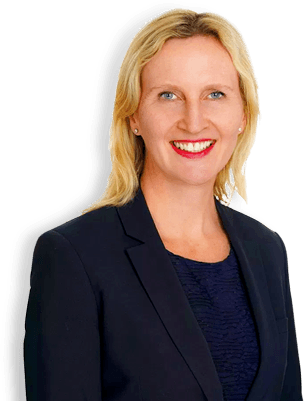